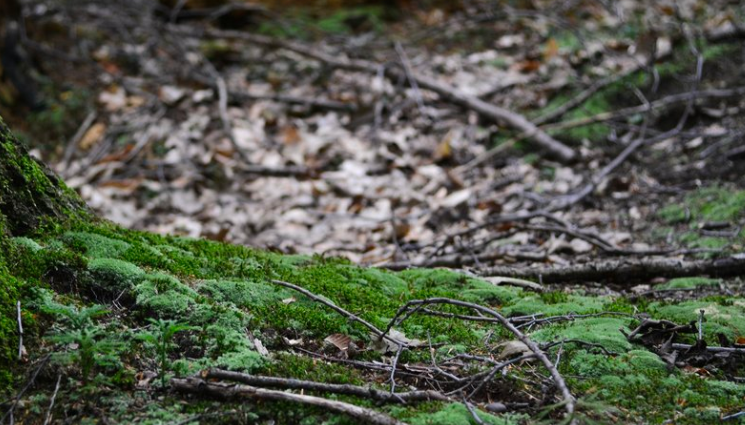 34 acres of open space at stake

By: Indiana Nash
In: Art / Nature
With: 0 Comments

The fate of one of the last remaining wild spaces in the heart of Clifton Park is at stake this fall.

The 34 wooded acres behind the Shenendehowa Central School District’s Shatekon Elementary School could be bought by developers and transformed into shopping centers, restaurants, office spaces and parking lots if the town isn’t able to make a deal with the school district by the end of October.

Clifton Park residents are campaigning for the town to purchase the undeveloped land, shaded by towering trees and crisscrossed by winding trails.

The school district began accepting bids last May but received just one offer by its original Jan. 4 deadline — from local real estate developer DCG Development Co. Shenendehowa Public Information Officer Kelly DeFeciani previously noted the school district considered bids of at least $1.5 million. DCG Development offered $1.7 million for the lot over the winter, but then rescinded its bid. The land is once again up for grabs, and community members are making their voices heard about how they think it should be used.

“Our goal is acquisition. We’re trying to demonstrate that there is public support to keep this property in the public domain,” said Susan Burton, a 40-year Clifton Park resident and the vice president of The Friends of Clifton Park Open Space.

The group has started an online petition on Change.org. One supporter, Eugene Martin, wrote: “Ideal spot for a park for passive recreation and small community events. This [is] where we take the next step to a more walkable community.”

“As Clifton Park continues to grow, it is extremely important to set aside space as an enjoyable destination for our community. 10 years from now, we don’t want to look back and lament why this wasn’t done. Our town and school leaders need to step up and work out an agreement that benefits all parties, and most importantly, the citizens of Clifton Park,” wrote another supporter, James O’Brien.
“Yes to Clifton Park. No to Clifton Parking Lot,” wrote Jeff Baker.

“As the town center becomes more dense and more developed, open space becomes more attractive and increases in value,” said Burton. “We believe such an amenity would only enhance the value and commercial viability of the surrounding businesses while increasing the attractiveness of the town in general for everyone.”

“It’s a beautiful piece of open space. Once it’s gone, it’s gone forever,” she added. “It would be nice to have a walkable place to retreat to.”

According to a Shenendehowa news bulletin, the property, between Moe Road and Maxwell Drive, can be used for “a variety of commercial and retail uses.” The land has been owned by Shenendehowa Central School District since 1970.

Clifton Park Town Supervisor Phil Barrett said he remains cautiously optimistic about the chance of securing the land after discussions with the school district over the last several months. “The town made a very attractive offer that included cash and a proposed partnership for playing fields for the cleared property adjacent to Shatekon Elementary School. Unfortunately, a wide gap remained between our offer and the expectations of the school district,” said Barrett.

He did not say how much the town offered the district.

“The school district decided to release a second Request for Proposals in an effort to sell the property. We have always been concerned with the prospect of competing with large developers for the parcel,” added Barrett.

Joe Niall, a member of the Friends of Clifton Park Open Space Committee, has been writing letters and collecting signatures on petitions in an effort to keep the land from being developed.

“At this point, we just want the town to purchase it so it won’t be commercially developed. It’s quite a beautiful piece of property that could be turned into a very lovely beautiful forested park. It’s an asset to the downtown [area].”

“We want the Town Board and the school board to come together so we don’t lose it,” added Niall. “The public response has been extremely positive but a lot of people still don’t know about it.”

Richard Yaco, a local painter and former professor of architecture at California Polytechnic State University, has teamed up with local music teacher Bob Renzi to draw up plans for the potential park land. “I’m just trying to inject some vision into the plans,” said Yaco. He hopes to encourage other community members to share their ideas for the land’s potential uses, saying, “The more the merrier!

There could be botanical gardens and merry go rounds! It could be a place of pride where all kinds of people of all ages and ethnicities could go and mingle.”