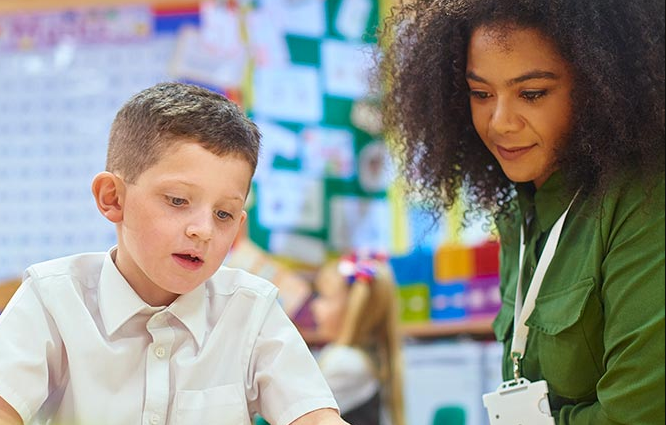 By: Indiana Nash
In: Art / Nature, Education
With: 0 Comments

The school offers immersive bilingual full-day and partial day programs for children ages 3 to 5 and hosts an after-school program for older children. Family workshops and other events are held throughout the year, as well.
Raising children to be bilingual is the only way to ensure they succeed in a global economy, according to Ana Roca Castro, the CEO of PreK12Plaza, an educational company that aims to “ignite the genius in every child” and is the parent company of the Genius Plaza. According to its website, “The Genius Plaza was started by a team of educators who believe in bilingualism and its benefits.”

The school began its pilot program with three children, one of whom was Castro’s youngest daughter, Nora. It now has 45 children enrolled and a waiting list.

Castro, whose moved to the states with her family from the Dominican Republic at age 14, said she wanted to make sure her four children grew up bilingual. “My mother said I finally did it right [with my youngest daughter]. She speaks perfect Spanish and perfect English,” said Castro.
“We must go forward. We cannot go backwards, added Castro. She also pointed out the preschool will create 50 jobs.

Kevin Shea, a Clifton Park native, recently enrolled his 3-year-old son, Tristan, in the preschool so that he could get a head start on his Spanish skills. “We’re not a bilingual family but I was impressed to find a place in Clifton Park where my son can have Spanish instruction.”
Assemblyman Jim Tedisco, R-Glenville, attended the preschool’s ribbon-cutting ceremony and spoke of the importance of early intervention when it comes to language. “It becomes very difficult to learn languages as you grow older,” he said.
Clifton Park Town Supervisor Phil Barrett said: ” This educational opportunity adds a lot to the culture of our community.”