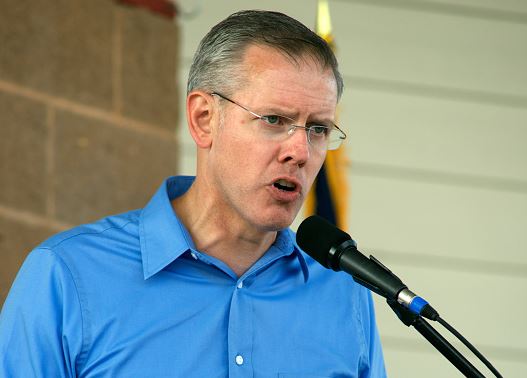 By: Indiana Nash
In: World news
With: 0 Comments

In the wake of Conor Lamb’s victory in Pennsylvania’s 18th Congressional District, Kansas is looking more likely that it may turn blue. Paul Davis, former Kansas House minority leader is leading the race for Kansas’s 2nd District United States House of Representatives race. What’s showing this trend more is that Democrat Brent Welder is polling ahead in his U.S. House race against incumbent Rep. Kevin Yoder for the 3rd District.

Davis is modeling his campaign after Lamb’s. In an interview with the Kansas City Star, he said that he is “just making it very clear to voters that I am an American long before I am a Democrat.” Davis is running as a Centrist Democrat, and he’s pledging to not vote for House Minority Leader Nancy Pelosi, just as Lamb had pledged. He has out-fundraised others in the race for his district.

Brent Welder is a”Bernie blue” Democrat, running on the platform that U.S. Sen. Bernie Sanders ran his campaign on in 2016 — like a $15 minimum wage and universal health care for all. In a recent poll conducted by Progressive Change Campaign that surveyed 315 likely voters, 49 percent said they would vote for Welder over Yoder. In that same poll, 41 percent approved of the job that President Donald Trump has been doing as president.

Of course, Welder will need to beat out other Democrats for the nomination to face off against Yoder. As of Dec. 31, 2017, Tom Niermann, another Democrat in the race for the 3rd District had raised approximately $65,000 more as of December’s reporting stats.

In Kansas’s 4th District, James Thompson and Laura Lombard are vying to run against U.S. Rep. Ron Estes, who took over for former CIA Director and incoming Secretary of State Mike Pompeo in last year’s special election. In that election, Thompson closed the gap by a wide margin — something people didn’t expect from a state as historically red as Kansas.

No Democratic candidate has formally declared for the race in the 1st District.

With all of these poll numbers and all the fundraising data that’s coming in, we’re seeing something that could drop jaws across the country — Kansas is becoming more increasingly blue. As if the number of progressive and Democratic events in Kansas weren’t enough, Kansas Democrats are excited about these polling and fundraising numbers.

It’s likely that Kansas will have at least one Democrat elected to the U.S. House, but there is a very real possibility that we could have two, or even three new Democrats representing Kansans.

The GOP is worried — and it ought to be so.