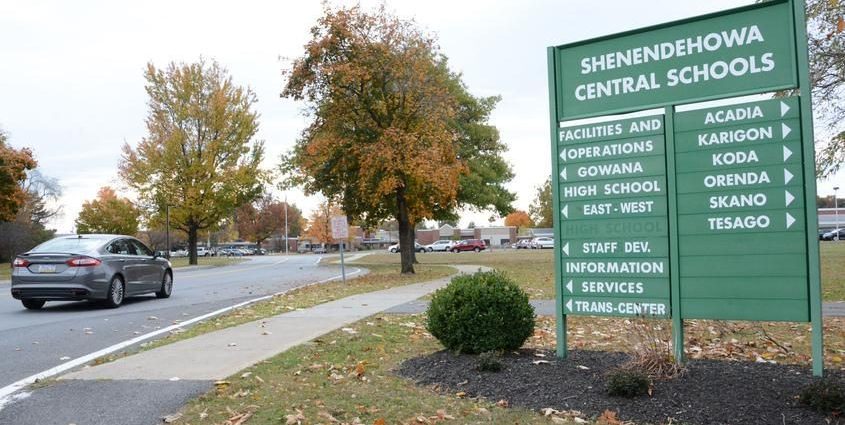 New principal eager to get going at Shen

By: Indiana Nash
In: Education
With: 0 Comments

Shendehowa’s new high school principal is bringing fresh set of eyes, but also a willingness to let kids be kids.

Ron Agostinoni, who currently resides in the Town of Bethlehem, grew up in Cairo, Greene County. His education has been far reaching, starting at the State University of New York at Brockport to study political-science, then to SUNY Cortland for his grad work, and a Master’s at Jones College. He’s done some coaching throughout his young career, including basketball, and served as teacher and athletic director, prior to becoming the principal at Maple Hill High School in Schodack, a position he has held for the past seven years.

For Agostinoni, his job has been just as much about learning as it has been about teaching students. He didn’t always think that he would become a teacher, but when he was in college, his professors encouraged him to substitute teach. Then, he picked up some coaching and said it wasn’t too long afterwards that he decided on teaching as a career.

“It didn’t take me long,” said Agostinoni, who succeeding the retired Don Flynt.

The flexibility and ability in teaching to always encounter new and different things, Agostinoni said, was appealing to him. He said that he enjoys facilitating knowledge in general, and that, simply put, teaching is fun for him.

At 39, Agostinoni has a few different perspectives on teaching. He can remember at time in which students went to school, sans electronics, and then went home afterward. Now, he knows that not only do students have multiple other commitments after school, along with an entire new world in the palm of their hands from their electronics that they carry everywhere. Kids now, he said, have access to anything they want, which can be a good thing but also a bad thing.

“It can be a blessing and a curse,” he said. “Our kids are always now on stage. There’s really no shutting it off.”

“I don’t know that human nature has changed that much,” he said, noting that kids today are still facing some of the same overarching issues, like poverty, that they always have been. Ultimately though, Agostinoni said that it’s the job of teachers and administrators to show kids that, at this stage of their lives, they’re allowed to make mistakes.

Agostinoni brings the mentality that kids are, for the most part, similar into his move to a school that is much larger than Maple Hill. While working at Shen will be much different, he said, he’s only looking forward to it. The size of Shen, he said, is its biggest asset, and he added that he knows he’s going in to work with district officials who have the same “kids first” mentality that he has.

On his agenda for the summer is getting to know district staff, and getting to know the culture of the school. But, he said, eventually being at school over the summer gets lonely, and he’s most excited for making sure that the start of school goes smoothly in the fall, and he’s looking forward to meeting as many students as he can.

Agostinoni said that while it is important for him to live up to the expectations that people have for him at Shen, staying true to himself is just as important.