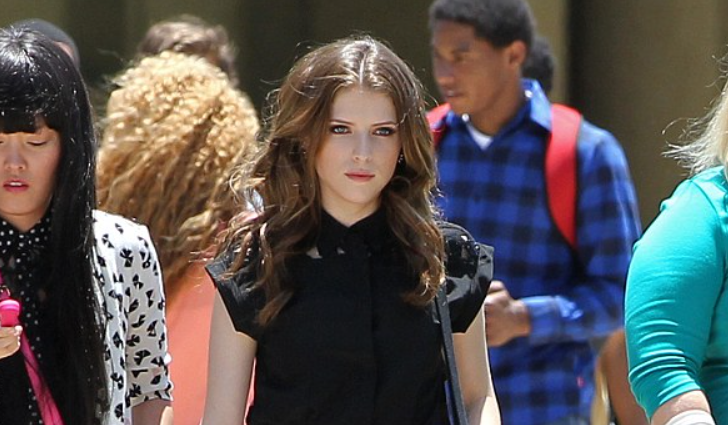 When “Pitch Perfect” harmoniously hit the big screen in 2012 it struck a chord with audiences instantly — as long as you weren’t tone deaf.

In fact, it was the first movie of its kind.

Of course the path was paved slightly by the popular television series “Glee,” which debuted in 2009, focusing on a group of high school misfits who come together to express themselves through song.

Despite that, a full-length movie focusing on the semi-outdated art of college-level a cappella singing groups, combined with a twist of modernity infused within each number, had yet to be made.

Here’s a snapshot if you missed it:
The original “Pitch Perfect” begins with Beca (Anna Kendrick) — the edgy, sarcastic, alternative-style, music aficionado who dreams of one day becoming a music producer and would rather be paying her dues in L.A. than enroll in college — starting her freshman year at Barden University. She is cajoled into joining the school’s all-girls singing group, The Bellas, and kicks their tired routine up about 100 notches, changing the face of a cappella as a result. In the end, they make it to Lincoln Center and win the national championship.

It was every nerd’s dream.

Even jock boyfriends who were dragged kicking and screaming, rolling their eyes that they had to sit through it, were found bobbing their heads to the beat and raised their hands “Breakfast Club” style with Kendrick at the conclusion.

Plot lacks substance
After three years of silence, as fans waited for more of that upbeat, make you want to get up and dance sensation that volume one created, the sequel was released.
Unfortunately “Pitch Perfect 2,” like so many sequels, simply didn’t measure up to the original product.

As the trailer forecasted, it began with a bang. Fat Amy (Rebel Wilson) came in like a wrecking ball, ripping her body suit in the nether regions in the process and giving the president a frontal image that he will not soon forget. This incident snowballed and caused the ultimate tragedy for The Bellas: After winning the national title for the past three years running, they would be unable to compete again.

The only way to regain their pride and the chance to chase championships once more would be to take first in the World Championships, a feat that the United States has never accomplished. They will be going head-to-head with the German team, which is considered the cream of the crop.

Throughout this travesty, The Bellas find that they have lost their sound. They have to come together more than ever to rekindle the magic of yore. (Sometimes all it takes is a camp fire and the “Cups” song.)

The real issue with this movie was that it seemed as though it was trying too hard to make us happy.

There were also more filler scenes consisting of random actors dancing to music, making it even more apparent that the script was thin and the plot was lacking in substance. Sad to say it, but the storyline was just flat; there wasn’t enough meat to the various sub-plots.
On a happier note, most of the original cast did show their faces in this second go-around. So, the characters that we all know and love are there, which helps the cause ever-so-slightly.

Even Bumper (Adam DeVine) — the cocky leader of the Treblemakers — was back for an encore.

And — of course — the announcers, Gail (Elizabeth Banks) and John (John Michael Higgins), were quite entertaining. The sexist, racist and otherwise offensive comments were flying fast and furious, making the audience chuckle.

Basically, you will have some laughs, but when the credits start to roll you will feel a surge of disappointment.