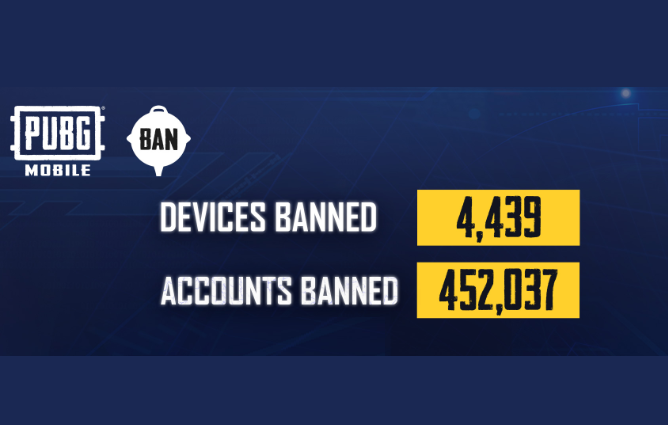 By: Indiana Nash
In: Sports
With: 0 Comments

PUBG Mobile is a very popular battle royale game that is played worldwide and the popularity of this game is increasing day by day. Where PUBG Mobile releases a new update of the game after a few months, some updates are also made in the game policy so that players who cheat in the game can be tracked and banned from the game permanently. PUBG Mobile publishes a new anti-cheating report every week on its official social media handles and in this report, millions of accounts permanently banned which use hacks or cheats in the game.

PUBG Mobile recently published an anti-cheating report from June 24 to June 30, in which 467,767 accounts and 5,022 devices have been permanently banned from the game. Tencent posted, “From 6/24 to 6/30, we permanently suspended 467,767 accounts and 5,022 devices. During week 25, we removed 12,789 online cheat ads with 218,462,827 followers and views.” You can visit the official social media handles of the game to check the complete report published by PUBG Mobile. Tencent Gaming always updates something in the game policy so that the players who play fair gameplay can trust the game. Stay tuned. The anti-cheating report always brings positivity among active players and reassures them that the developers are always on the lookout to ban cheaters and hackers in the game.