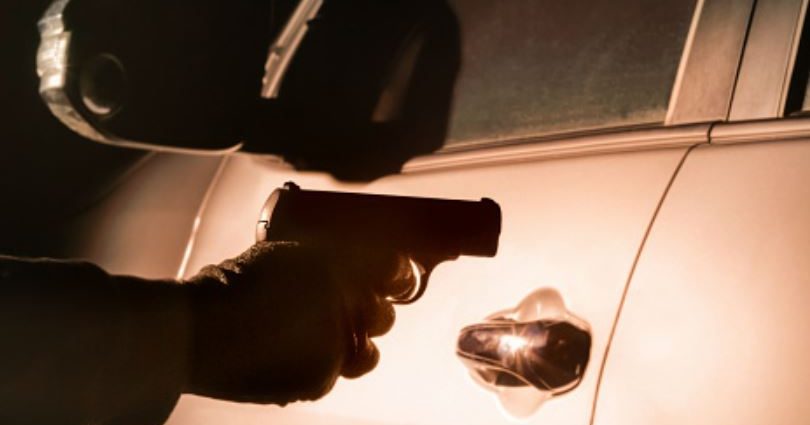 My Kansas City neighborhood is privatizing the sidewalks to curb gun violence. It’s a bad idea.

By: Indiana Nash
In: World news
With: 0 Comments

I live in the neighborhood of Westport in Kansas City, Missouri. Westport has experienced a massive spike in violent crime over the last year: between January and October 2017, there were 65 gun-related offenses here, compared to just 16 in 2016. Shootings, thefts, and robberies in the area have made many residents afraid to go out after dark.

The crime spike happens to coincide with a new Missouri law that allowed concealed weapons to be carried on public property starting in 2017. But instead of debating gun policy, or even calling for studies into whether the new concealed carry law and the rise in violence are related, the city council has landed on a truly bizarre solution: privatizing the sidewalks.

The council’s plan involves turning over publicly owned neighborhood sidewalks in the two-block center of Westport’s entertainment district to a business group. That group, in turn, will contract with a private security firm that also handles security for Major League Baseball.

People using the sidewalk in the entertainment district between 11 pm and 4 am will have to pass through metal detectors, show identification, and have their bags checked before entering. Unlike public police, who cannot screen for weapons in public spaces, the private security guards can.

My wife and I moved to Westport just as this new measure was gaining traction, and I heard everything from “This is Marxism!” to “Thank god someone is protecting us” from our neighbors. Now that I’ve been here a few months, I’ve seen how bad things can get when shit hits the fan. But while it’s certainly possible that this new measure could decrease violent crime in the neighborhood, it could also easily increase discrimination against Missourians who are just trying to have a fun night out in a cool late-night area.

There’s a real danger that this could become a privatized version of stop-and-frisk, the racially biased police practice of randomly stopping people (especially young men of color) on the street to check for weapons.

The NAACP has expressed concern that people will be searched based on their looks and even detained — and that the measures will not solve the underlying problems. Lawyers for Westport businesses haven’t been able to provide examples of similar methods being implemented successfully in other cities.

“As a black man who has lived in Kansas City all my life, who’s been pulled over for no apparent reason, I understand that side of it as well,” Barnes said. “[But] I honestly believe the folks I’ve met from the Westport business league are not doing this from the standpoint of keeping anyone out who can rightfully come into Westport.”

The costs are set to be covered by Westport business owners — but if the city ever wants to buy the land back, it will cost city taxpayers up to $132,784. For two square blocks of entertainment district, $132k seems like a helluva price tag.

In a somewhat flimsy attempt to thwart criticism, the city is also required to provide a stipend of up to $10,000 for an information campaign to tell people who feel discriminated against where and how they can make complaints known. But there are still major questions about who would handle this oversight (will the privatized security force be allowed to police itself?), and how the information would be released (will people see signs clearly displayed when they enter the entertainment district, or will the information be buried in a flyer somewhere?).

The privatization of public space seems like both a problematic workaround for the fears of gentrifiers, and a risky experiment that will be costly to taxpayers if it falls apart.

Plus, the implementation of an airport-style checkpoint and invasive search system at the edges of a neighborhood just seems like a bad look. Who wants to go to a local bar if they’ll need to pass a test to get inside, especially with other neighborhoods nearby?

Back in October, a 22 year-old from Westport drove to Lawrence, KS to avoid the late night violence spiking in the KC area. She wound up dying as the victim of a drive-by shooting in Lawrence. It’s noteworthy enough that locals were fleeing the area for protection — but this story also brings home the idea that violence isn’t limited to Westport, and that we need bigger-picture change.

Perhaps limiting the right to carry a concealed weapon might be more effective than limiting who can walk on a once-public sidewalk. It’s also unknown whether vacating sidewalks is an effective means of curbing violent crime.

If the city council approved such a measure for this district, it is possible they could approve similar measures for any of the eight other small entertainment districts in KC, including Power & Light. If this is an idea that’s about to spread, we should see if it works before setting up the city for catastrophic failure.

That’s why over the course of the next week, I’ll be digging more into this issue, offering the perspective of people who live here, and interviewing some of the major players.